Extend Your Reach President Amer Gerzic attended the 2015 conference hosted by the National Association of Presort Mailers last week. He shares a few of his key takeaways and their implications for USPS customers. 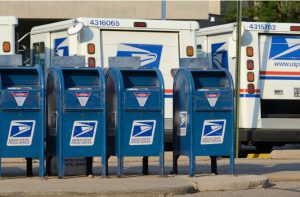 For the past several years, I have attended the National Association of Presort Mailers (NAPM) conference, held in February each year. The NAPM has approximately 120 members, consisting of mail service providers (MSPs) and various vendors. Our owner has been involved with NAPM since the beginning and served as president of the association for some time.

This year’s conference was held in Orlando, Florida and it was one of the best so far.

NAPM’s executive leadership has been doing excellent work to implement recommended improvements year after year. For the past two or three conferences, NAPM has recruited impressive speakers to educate members about relevant topics concerning MSPs. This year’s lineup included Megan Brennan, USPS Postmaster General, and Jim Cochrane, USPS Chief Information Officer. Beyond these speakers, NAPM board members are a tremendous resource with respect to issue resolution for members and USPS.

The conference lasted three days and covered various topics. While some of the information was “old news” (USPS is still struggling financially, and decisions to make changes are difficult due to Congressional involvement), there were some positives that I think outweigh the negatives.

Here are a few of my key takeaways from the conference:

USPS seems to be extremely focused and determined to turn things around. For example, USPS’s focus on parcels is already producing positive results. There are some discussions about Sunday package delivery, as well as same-day package delivery in certain markets. Additionally, the Postal Service has been working particularly hard to improve their IT infrastructure, which has helped improve reporting mechanisms like package tracking. These improvements are crucial to being a viable player in the package delivery market.

Tracking and IT advancements are not isolated to the package market, however. USPS is determined to track every mail piece (full service tracking and tracing, which Extend Your Reach has utilized over the past several years) and streamline mail acceptance through Seamless Acceptance. Though the program has suffered delays, USPS is moving forward with the plan to verify the mail quality through continued verification, rather than sampling. Intelligent Mail Barcode (IMb) provides all necessary information to monitor mail quality, which could benefit everyone: USPS, MSPs and customers.

To fully take advantage of these efforts, though, everyone will have to do their part. For example, customers who are not performing move update corrections may be subject to fines from USPS for change-of-address (COA) compliance. Mailers should keep in mind that these rules are going into effect sooner, rather than later. Of course, Extend Your Reach can help with the transition.

It’s important to realize that the focus on tracking is not simply to assess fines. A more important function is to provide customers with feedback necessary to improve effectiveness of mail and overall marketing efforts. USPS is close to implementing delivery notifications, which would include information on when a mail piece is placed into the mail box. In this way, marketers will be able to time and evaluate marketing efforts based on additional metrics and, hopefully, provide more relevant information to their customers.

All in all, the future of USPS seems brighter. The road to success will include obstacles, but USPS is ready to overcome each one. With the help of NAPM, they are on the right track to turn the corner and become profitable again.

Mail is holding value – and it seems that this fact will not change in the near future.

Amer Gerzic is president of Extend Your Reach. A 16-year veteran of the company, he has deep technical and operational knowledge of the mail industry. He holds a bachelor’s degree and a Master of Science degree in Computer Science from Grand Valley State University.