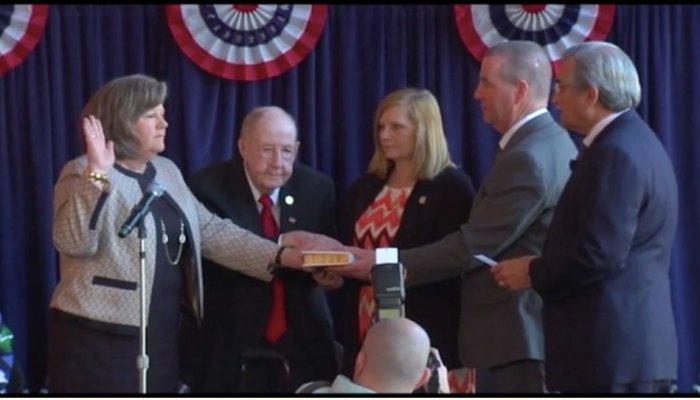 Congratulations to Megan Brennan, who earlier this month was sworn in as the 74th postmaster general of the United States Postal Service.

Brennan is the first woman to hold the postmaster general title in the 240 years since the position was established.

During her installation ceremony, Brennan said that she herself is a representative of the change that will be part of the Postal Service’s future. She also spoke about her plans to pursue new business opportunities, especially in today’s digitally-focused environment.

“There’s a permanence to our mission and the enduring role we play in serving the American public,” Brennan said after her swearing in, “however, the story of the Postal Service is really about change. It’s about an organization that is continually changing and improving to better serve the American Public.”

Brennan has already started making strides toward change, through initiatives to provide Sunday delivery services and improve tracking and predictability – both of which she spoke about at the 2015 NAPM Conference in Orlando this February.

Brennan, who most recently served as Chief Operating Officer and Executive Vice President of the Postal Service, was appointed to the postmaster general position by the Governors of the Postal Service in November. She is a 29-year veteran of the USPS, beginning her career as a mail carrier in Lancaster, PA.

At Extend Your Reach, we are certainly looking forward to seeing what great things Brennan will accomplish as head of the USPS.