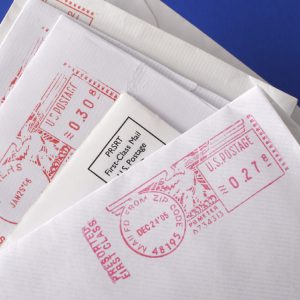 The United States Postal Service (USPS) recently announced that a January 2015 price increase on postage will be postponed. According to an Industry Alert issued by USPS on October 1, current postage rates will remain in effect through early 2015.

The postponement is the result of uncertainty around the exigent rate increase issued in January of this year. The emergency increase was instituted as a two-year solution to help recover revenue lost during the 2009 recession. However, USPS has appealed to make the increase permanent, while groups of mailers fight to maintain the two-year limit.

As the U.S. Court of Appeals for the District of Columbia determines whether the exigent rate increase will be temporary or permanent, USPS has two options:

What does this mean for postal customers, including you? While the price of postage won’t go up in January, it’s certain that prices will change. USPS promises that it will provide customers advance notice of any price changes, so stay tuned – we’ll be on the look-out for more information about postage rates in 2015.

RELATED: Save on postage with presort services.